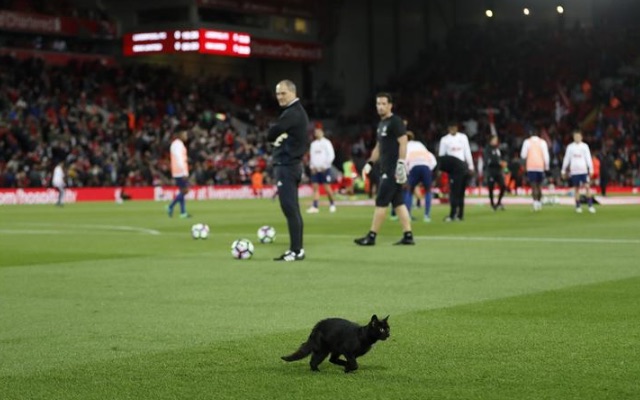 Therefore, the appearance of this moggy at Anfield moments ago will have increased tension tenfold ahead of Liverpool vs Manchester United.

The confident feline prances around in front of the United fans seated in the Anfield Road end, before darting out of the stadium.

Both teams will be hoping luck is on their side tonight.

Liverpool start as favourites, but the Reds have only won 13 of their previous 48 Premier League games against United.