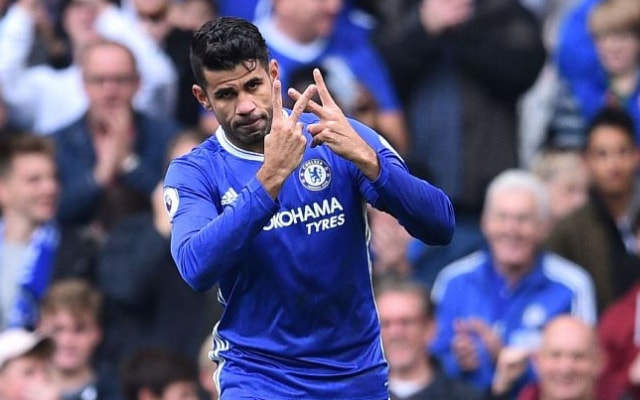 Chelsea striker Diego Costa has been warned by the club over his future conduct after an on-the-pitch exchange with manager Antonio Conte, according to The Telegraph.

Costa was seen engaged in fiery discussion with his manager during Chelsea’s 3-0 victory over Leicester. The Spaniard appeared to be asking to be substituted.

The Telegraph report the reasons that led to their public bust up. One is believed to be that Costa was one booking away from suspension and so ‘walking on a tight rope’ ahead of Chelsea’s game against Manchester United next weekend.

It is also reported that Costa grew frustrated with his manager shouting and constantly firing orders at him. The Telegraph also reveal that the pair exchanged words away from the cameras too, with some of Conte’s coaching staff warning Costa about his behaviour.

If we have learnt one thing about Diego Costa since his arrival in England, it’s that he has a short fuse. Accompany him with Conte, an animated, perfectionist, and it does look much like a recipe for disaster.

After seven goals in eight games at the beginning of this season, however, Conte may turn a blind eye to Costa’s temperament if he continues to fire his side to victory.