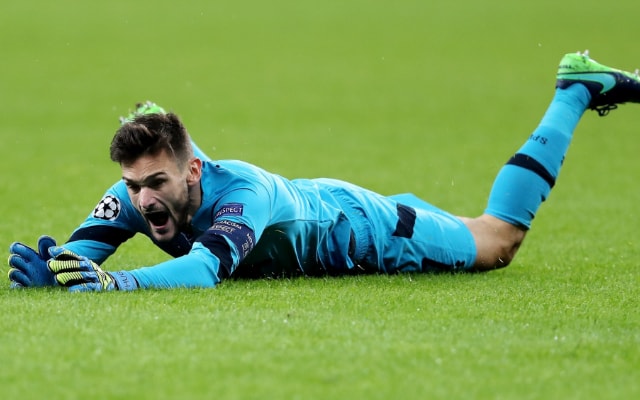 Tottenham were held to a goal-less draw in their Champions League group-match away at Bayer Leverkusen.

In a hard-fought encounter with the German side, Spurs were unable to secure all three points. They may well see it as a point gained, however, after heroics from goal-keeper Hugo Lloris kept them in the game on several occasions.

Dele Alli had the best chance of the game for Spurs, heading wide from 8-yards out after an inviting cross from Kieran Trippier. There were opportunities for both Erik Lamela and Vincent Janssen too, but they were also scuppered.

Janssen, standing in for the injured Harry Kane, fired blanks once more. His only goal since joining the North London side was from the penalty spot against League One minnows Gillingham. Frustrations appear to be growing among the Spurs faithful, with some comparing him to big-money flop Roberto Soldado on Twitter. He did have some positive touches however and will feel unlucky not to be on the score-sheet this evening.

All-in-all, Spurs boss Mauricio Pochettino will be content with the result and his side’s display, the result could have gone either way.

No other rating would have done Lloris justice tonight, because Tottenham would be going home with nothing if not for his saves. An outstanding performance, and one that directly influenced the outcome of the game.

Trippier was untested for large periods of the game, but had the answers when he was. He also threatened going forward on a few occasions, notably providing the cross for Dele Alli’s chance in the first-half.

Standing in for Toby Alderweireld is no easy task, the Belgian has been one of the best defenders in the Premier League over the past 18 months. Eric Dier had a couple of shaky moments, perhaps due to lack of practice in defence after a period in midfield. His partnership with Jan Vertonghen did play a considerable role in Spurs keeping a clean-sheet, however.

With his near-telepathic partnership with compatriot Alderweireld being broken up through injury, you would think he was at risk of looking lost without his partner. It was, though, an assured and convincing performance – something we have come to expect from Vertonghen.

It was not an easy game for Danny Rose, he was tested on numerous occasions by the pace Leverkusen have within their ranks. He came up with the answers for most of what was thrown at him and continued to show why he should be starting for England on the left-side of defence.

It’s difficult to predict which Dele Alli is going to turn up for Tottenham, with youth often comes inconsistency. He scored in his two games prior to this one, but he didn’t have his shooting boots on tonight. He latched onto the end of a cross from Kieran Trippier, he headed wide in what was Spurs’ best chance of the game.

Wanyama offers something different in midfield for Tottenham, he provides steel. He is not the most majestic player to watch, but he plays a vital role. Tonight he was imperious in midfield. Wanyama was also productive in possession, something you do not often associate with a player of his breed. All things considered, a very well-polished performance.

Lamela struggled to have much of an influence on the game, he had a good chance in the first half but was denied by Leverkusen goal-keeper Leno. The way the game played out, being a physical and competitive affair, it didn’t suit the way Lamela likes to play.

Eriksen was another who struggled to have much of an impact on the game. Eriksen is most dangerous in the final third with possession, he didn’t find himself in this sort of position much tonight and thus was largely anonymous.

Son found himself in a few dangerous positions during the game, but didn’t have his usual cutting edge and was denied by the Leverkusen defence. He will no doubt have been keen to get on the score-sheet against his former side, but ultimately it wasn’t his night.

Janssen was panned by some Spurs fans on Twitter during the game, but a lot of that criticism was largely unjustified. Despite failing to score again, Janssen had some good touches and was denied only by the woodwork in the first half, he also had a goal disallowed for offside. His best days in a Tottenham shirt are still to come.