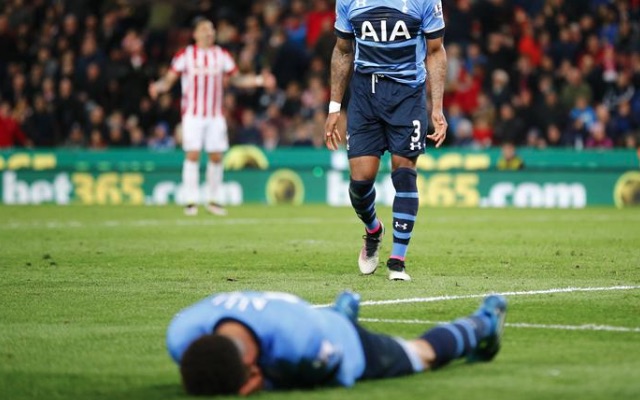 Dele Alli is one of England’s most promising young players and has scored in both of Tottenham’s last two games. He is, however, making a habit of missing great chances for both club and country.

While on international duty, Alli missed a great opportunity in a World-Cup qualifier against Malta. It led to him being mocked by his own team-mate Eric Dier on Twitter after the game.

Alli may be subject to more abuse later tonight after Tottenham’s Champions League group match against Bayer Leverkusen, after heading wide from an excellent position.

Kieran Trippier delivered an inviting ball into the penalty area towards compatriot Alli, but he was unable to convert the opportunity. Mauricio Pochettino’s head-in-hands reaction says it all.