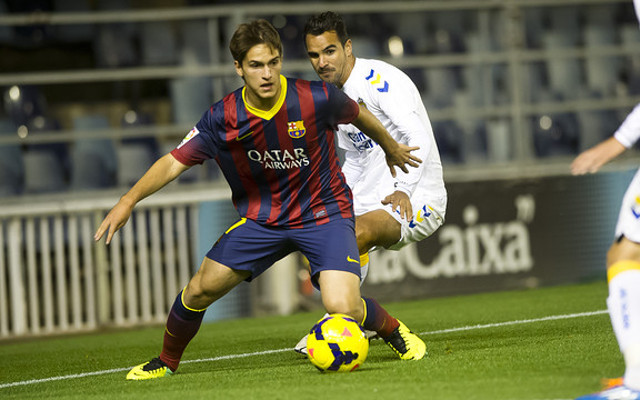 Manchester City take on Barcelona at the Camp Nou in arguably the most highly anticipated Champions League game of the week.

City could be set for a £720,000 windfall if Barcelona decide to play Denis Suarez against them according to Mundo Deportivo.

Per the source, the Spanish player was part of the City academy before joining Celta Vigo in 2011 followed by a move to Barcelona two-years later which makes the Citizens eligible to be paid for every 10 appearances he makes.

Barcelona sold Suarez to Villarreal last season but he returned over the summer after the reigning La Liga champions activated their buy-back clause worth €3.5 million and brought him back on a four-year deal.

The report claims that Suarez has made nine appearances for Barca this season and City would therefore net a cash windfall if he does play on Wednesday.

Barcelona are currently first in Group C with six points from their first two games. City meanwhile are second on four points.