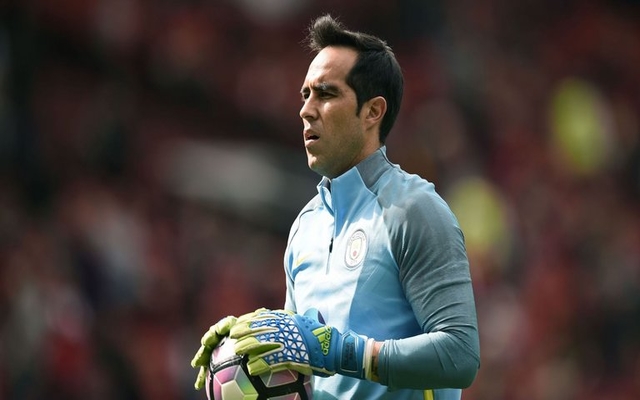 Manchester City shot-stopper Claudio Bravo had a night to forget after seeing red in his side’s clash with Barcelona on Wednesday night.

The Chilean international initially made a mistake after gifting possession to Luis Suarez after racing out of his goal to deal with a dangerous situation.

Suarez reacted quickly by attempting to lob his former teammate, and with Bravo outside of his area, his instincts kicked in and he used his hands to block the effort on goal.

A moment of madness from @C1audioBravo who is shown red on his return to the Nou Camp.? #UCL#FCBCityhttps://t.co/PncdB9marC

In turn, the referee had no option but to send him off, and with City already a goal down, it was a huge setback for Pep Guardiola’s men.

Their night went from bad to worse when Lionel Messi bagged his second of the night just minutes later to put the Catalan giants in a commanding position, while it certainly wasn’t the return to the Nou Camp that Bravo had planned after his summer move to Manchester.