Liverpool were in cruise control at Anfield this evening before this goal from Gareth McAuley made them sweat for the final 10 minutes of their 2-1 win over West Bromwich Albion.

Jurgen Klopp’s Reds hung on to earn a deserved three points, but their failure to maintain their two-goal margin of victory saw them forfeit the chance to go top of the Premier League table.

That probably won’t worry Klopp to much, but one thing that will bother him is his side’s inability to deal with set pieces. Liverpool fans took to Twitter after full time to vent about conceding from yet another corner.

Liverpool are comfortably one of the worst teams in the Premier League when it comes to set pieces.

The Baggies have scored 10 Premier League goals this season and a whopping six of those have come courtesy of free kicks or corners.

So, West Brom nicking one from a corner at Anfield should not upset football fans.

It’s the most natural – and predictable – thing ever. 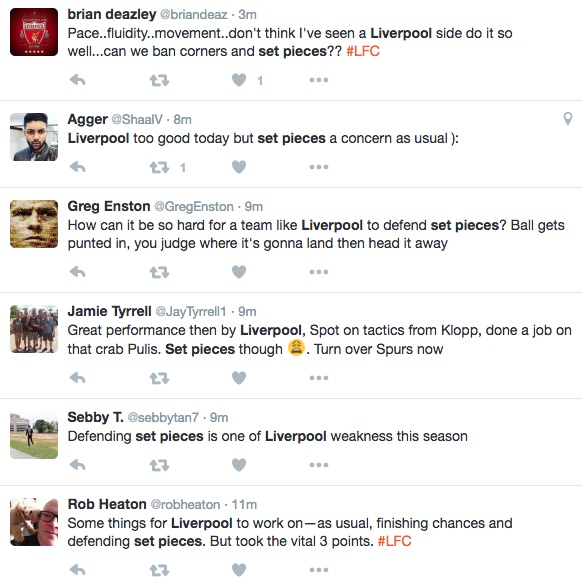 Arsenal stay top of the table for now, but Manchester City will replace them at the summit on Sunday as long as they do not lose at home to Southampton.