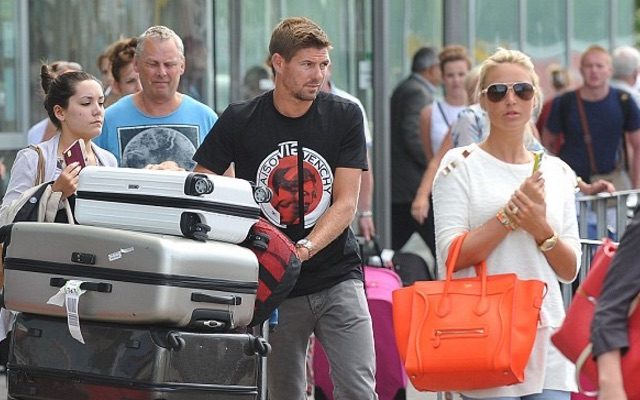 The 36-year-old Los Angeles Galaxy midfielder will leave America at the end of the current MLS season in October, according to the Liverpool Echo, who claim that his current employers have decided not to keep Gerrard on as one of their Designated Players.

Robbie Keane, who briefly played alongside Gerrard at Liverpool, is also set to lose his DP status, per the report.

The Mirror suggest that Irish striker Keane may decide to stay with Galaxy on significantly reduced terms, but not Gerrard.

“Steven Gerrard – and this will be a really big surprise – is always so welcome at Liverpool FC,” The Guardian quote Klopp as saying.

“You cannot imagine how welcome so absolutely no problem, but everything we will talk to each other about will stay in these talks. That is how I know Stevie and that is how I am. Nobody should be worried that we don’t have space for Steven Gerrard. Everything will be fine, 100%.”

Based on his age, recent form and fitness record, it is fairly safe to assume that Klopp is not lining up Gerrard to be a first-team regular at Anfield.

In fact, Gerrard may well have played his last ever game for his beloved Reds, but his presence around the club is something that many feel would be highly beneficial.