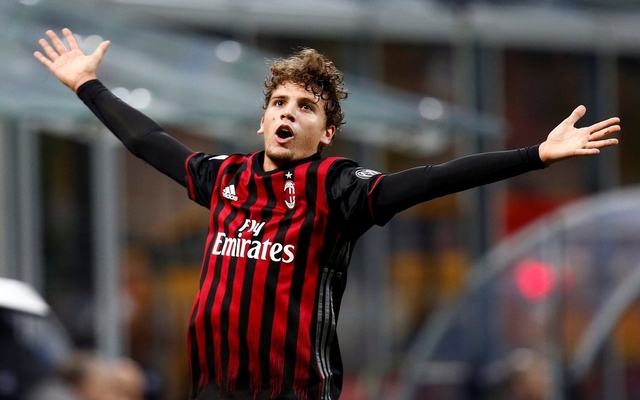 AC Milan secured a 1-0 win over Juventus at the San Siro on Saturday night, with a pair of teenagers sealing the victory for Vincenzo Montella’s side.

The win moves the Rossoneri to within two points of their rivals who sit top of the Serie A table, as they continue their resurgence this season.

18-year-old Manuel Locatelli scored what turned out to be the winning goal, with this stunning strike leaving Gianluigi Buffon helpless as he hammered home a shot from distance which cannoned in off the underside of the crossbar.

Aaaand will add this to the Locatelli collection. What. A. Hit. pic.twitter.com/0uBOE8k4ep

However, Milan had to rely on 17-year-old goalkeeper Gianluigi Donnarumma to produce this decisive save on Sami Khedira to preserve their lead and seal all three points.

Montella has placed his faith in a younger group of players so far this season with the average age of his starting line-up in the last two weeks standing at just over 24.

Donnarumma has proven his class for over a year now as he continues to show maturity and consistency beyond his years, but it appears as though the Milan faithful have another hero to get behind in Locatelli as he added his wonder-strike against Juve to the one he scored against Sassuolo earlier this month.

WHAT A SAVE BY DONNARUMMA IN THE LAST SECOND!!! pic.twitter.com/XvNhGLE8fW