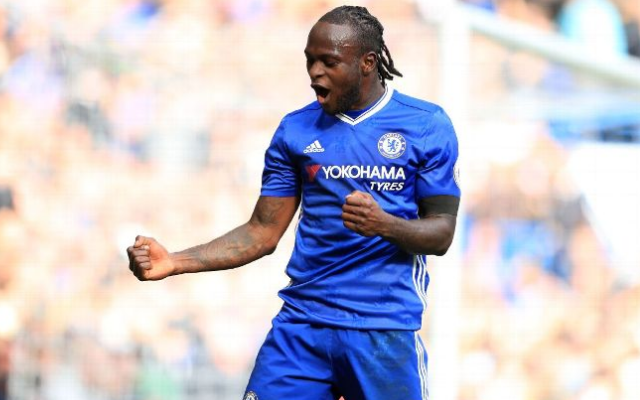 Victor Moses’ resurgence has been one of the surprises of the Premier League season so far.

Moses was on the fringes at Chelsea under the management of Jose Mourinho, who shipped him out on loan three seasons in a row. On Sunday, however, the Nigerian gave his former manager a taste of what he missed out on.

When Moses moved to Stamford Bridge in 2012, he arrived as a 21-year-old with plenty of promise, but he never lived up to the expectations. His progression has stagnated in recent seasons and few would have predicted that he would now be a key figure in Antonio Conte’s side.

Moses scored just one goal in 21 Premier League appearances for West Ham last season – he’s already scored two for Chelsea this term. A performance level that has revived his career with the Blues.

Conte’s decision to switch to a 3-4-3 formation has not only turned around his sides’ form, but it’s given Moses a new lease of life. At right-wing-back he has been a constant threat going forward and, more surprisingly, faultless in defence.

For a player who was previously unfamiliar with a more defensive-minded role, he has looked very comfortable. He appears to be developing a strong understanding with Cesar Azpilicueta, who has been playing at right-centre-back, and that side of Chelsea’s defence has looked impenetrable.

Chelsea fans will be eager to see Moses keep up his good form and score plenty more goals like this one against Leicester during match-week eight.