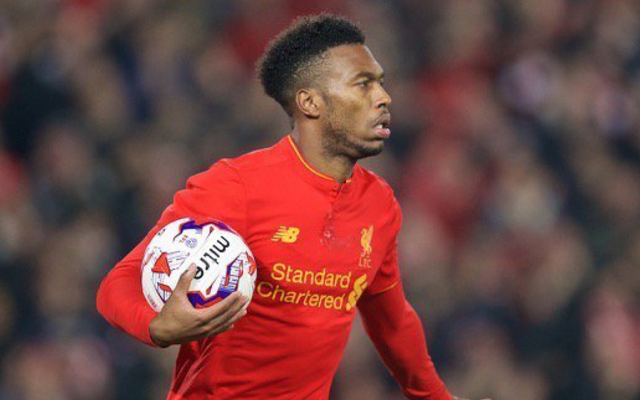 Daniel Sturridge has opened the scoring for Liverpool in their EFL cup clash against Tottenham this evening.

After Georges-Kevin N’Koudou’s slip was pounced upon, the ball was playing into the Spurs penalty area and finished in typical fashion by Sturridge. The England international took full advantage of the defenders’ indecisiveness and bagged his third goal of the season.

His previous two goals so far this campaign both came in this competition against Burton Albion in the previous round.