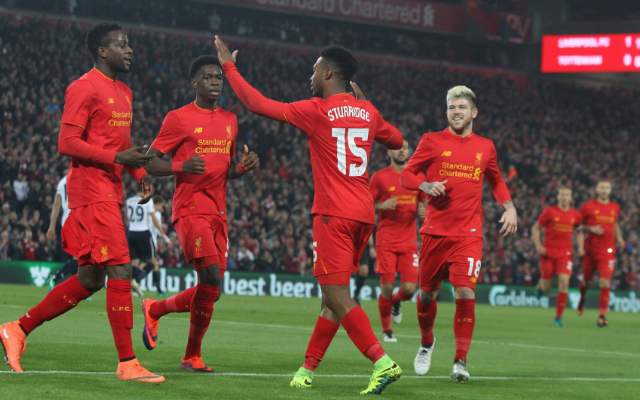 Daniel Sturridge has scored his second of the game against Tottenham in their EFL cup contest this evening.

After a poor decision from Spurs defender Kevin Wimmer to step-up and try and play Sturridge offside, the England international slipped in behind and found himself clean-through against goal-keeper Michel Vorm.

There was only ever going to be one winner, as Sturridge slotted the ball under Vorm for his second of the game and fourth of the season.