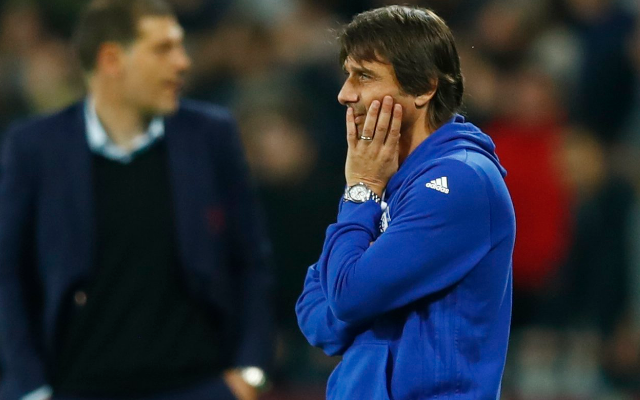 Plenty had been said ahead of tonight’s EFL Cup clash between West Ham and Chelsea about potential crowd trouble.

The majority of the game was event free off the field, as West Ham were victorious on it. That was until the 80th minute, where several journalists who were at the game reported confrontations between the two sets of supporters.

Seats and bottles being thrown. Lots of security and police trying to get involved and break up the melée

The heat appeared to boil over for Chelsea fans as their side trailed 2-0. Reports of seats and bottles being thrown at eachother, you’d think we were talking about a school cafeteria. It was, unfortunately, groups of fully grown men taking their frustrations too far and resorting to violence.

This video taken by Liam Twomey of ESPN resembled a scene from the movie ‘Green Street’, as the fans tussled to get at each-other.

It's kicking off in the Sir Trevor Brooking Stand, with fans squaring up on the concourse. Stewards scrambling pic.twitter.com/WtBHrnW3In

Thanks to goals from Cheikhou Kouyate and Edimilson Fernandes, West Ham walk away victorious tonight. Judging by the above footage, some fans may be walking away with black eyes too.