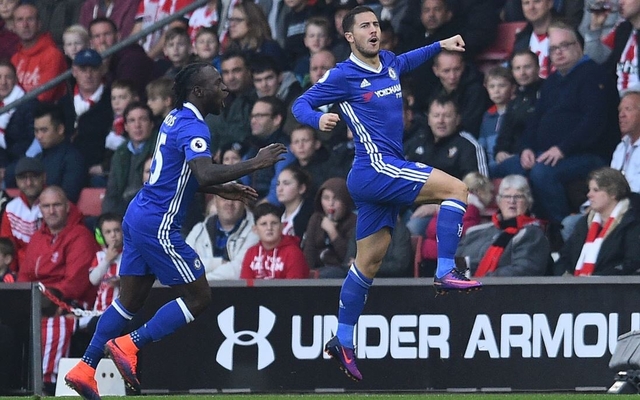 It took just five minutes for Chelsea to break the deadlock at Southampton on Sunday, with Eden Hazard the man getting on the scoresheet.

The Belgian international scored just four goals in the Premier League last season in 31 appearances. However, it’s taken him just 10 games to surpass that tally as he struck his fifth of this campaign with the goal below.

After experiencing a nightmare season last year, both Hazard and Chelsea will be relieved to see him becoming a decisive figure for them again as they look to continue their impressive Premier League form with a fourth consecutive win.

Having scored early last weekend against Manchester United, it was an ideal start for the visitors at St Mary’s against an organised and defensively sound Southampton side and so they will now hope to settle into the game and pick up another three important points to close the gap on their rivals.