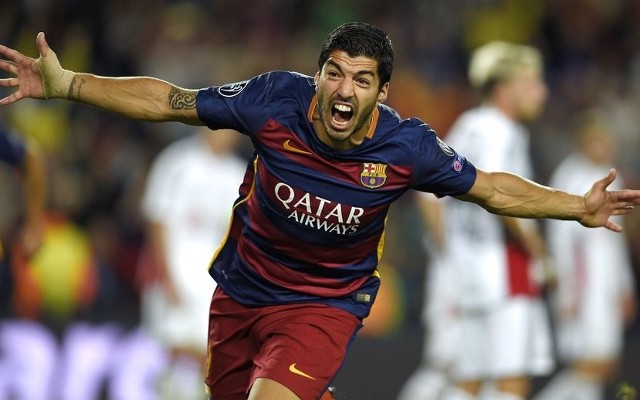 Barcelona striker Luis Suarez has seen the odds of him moving to Manchester United slashed to 4/1 amid speculation of a move.

The former Liverpool forward moved to Spain in 2014 and has gone on to score a staggering 94 goals in 110 appearances for the La Liga giants.

Further, he’s helped form one of the most feared attacking tridents in Europe alongside Lionel Messi and Neymar, with whom he has struck up great chemistry as the trio look capable of leading Barca to success for many more years to come.

As a result, it appears as though there is little reason for the 29-year-old to leave the Nou Camp as his current employers continue to fight for silverware both home and abroad while playing some of the most attractive football in Europe.

However, as The Sun reports, Ladbrokes have slashed their odds of him moving to United to 4/1 with Ladbrokes News’ Dave Burin confirming the movement with the bookies: “Suarez’s transformation from pantomime villain to terrace hero at Old Trafford would surely mark football’s craziest ever transfer saga.

“But the bookies reckon the sublime striker could sink his teeth into football with Mourinho’s men.”

Manchester City are second favourites with Pep Guardiola recently dropping Sergio Aguero to the bench for big games against Barcelona and Manchester United and so he could be in search of a forward that fits his ideas.

Elsewhere, Ajax, Liverpool and Arsenal are also all given surprisingly short odds, but it remains to be seen as to whether or not the Uruguayan opts to leave Spain behind any time soon.