Arsenal have already got into the Christmas spirit early in November and have revealed their festive jumper, according to the Sun.

Mesut Ozil, Santi Cazorla and Aaron Ramsey all took part in the Christmas jumper photoshoot in aid of Save the Children.

Arsene Wenger’s side have plenty reason to be cheerful after recording a 3-2 win over Ludogorets in the UEFA Champions League in order to continue their 12 game unbeaten run. 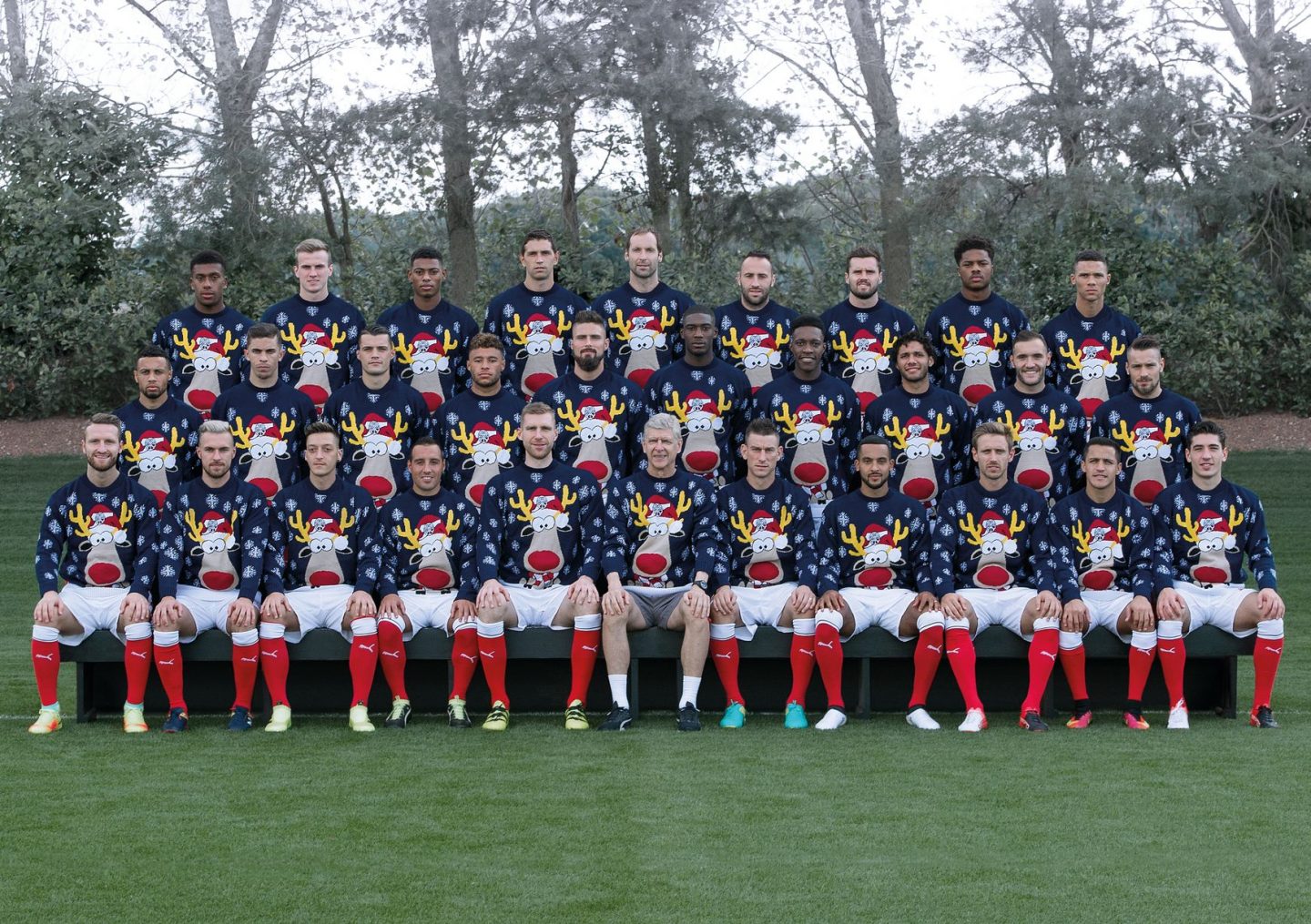 Arsenal take on their bitter rivals Tottenham in the Premier League this weekend. Spurs are without a win in their last six games.