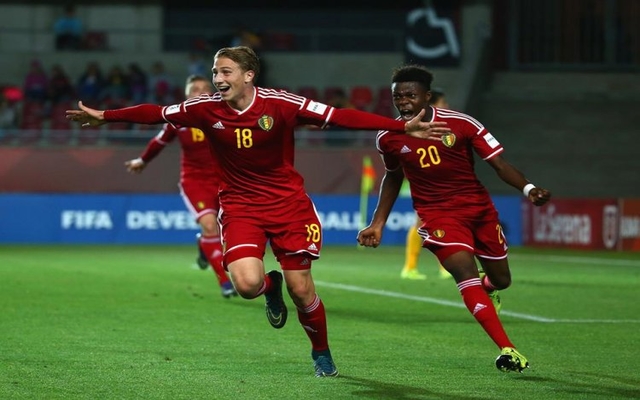 Arsenal are reportedly keen on signing PSV Eindhoven’s highly-rated young winger Matthias Verreth, although the Gunners will face competition for his signature.

With 12 appearances in all competitions so far this season, the youngster has scored two goals and helped Jong PSV to the top of the league.

In turn, Calciomercato report that his form has attracted attention from around Europe already, with Arsenal joining the race to sign him.

It’s claimed by Calciomercato that both the Gunners and AC Milan are tracking the 18-year-old and have sent scouts to take a closer look at him in action to determine whether or not the early promise is worth pursuing.

It isn’t the first time that Verreth’s name has been mentioned around Europe though, as he impressed for the U17 Belgian side at the World Cup in Chile last year.

He has 27 caps at that level, while his form for his club has continued to strengthen interest having scored in a 2-0 win over Bayern Munich in the UEFA Youth League this week.

Verreth has already been compared to compatriot Dries Mertens, Calciomercato adds, and it appears as though he may well have two of the biggest clubs in Europe looking to secure his future.

Arsene Wenger has never been shy in giving young players an opportunity to impress at Arsenal, and as seen in the current squad with the likes of Hector Bellerin and Alex Iwobi, there is room for them to develop into key first-team players.

Meanwhile under Vincenzo Montella, it appears as though Milan are set to continue to show faith in youth with the likes of Gianluigi Donnarumma and Alessio Romagnoli forming an integral part of their plans for the future.