The Premier League is blessed with a number of world class midfielders, but there’s a pleasant surprise courtesy of Liverpool man Jordan Henderson.

Despite the most expensive footballer plying his trade at Manchester United and the likes of Santi Cazorla, Philippe Coutinho and David Silva pulling the strings for their respective clubs, it’s Henderson who has made the most completed passes so far this season.

As shown in the graphic below, he has completed 10 more successful passes per 90 minutes than his closest rival in Fernandinho, and has produced more in the opponent’s half than all his rivals too.

Having established a reputation of being a tireless and committed midfielder, it appears as though the England international’s offensive game has been overlooked.

Nevertheless, if he continues to perform at such a high level moving forward and plays a decisive role for Jurgen Klopp’s men, it’s unlikely to bother him too much if he doesn’t receive the praise that he deserves if the club are moving in the right direction.

Liverpool sit joint top of the Premier League after 10 games, and with Henderson running the midfield, they’ll hope to maintain their good form and establish themselves as genuine title contenders as the weeks go on. 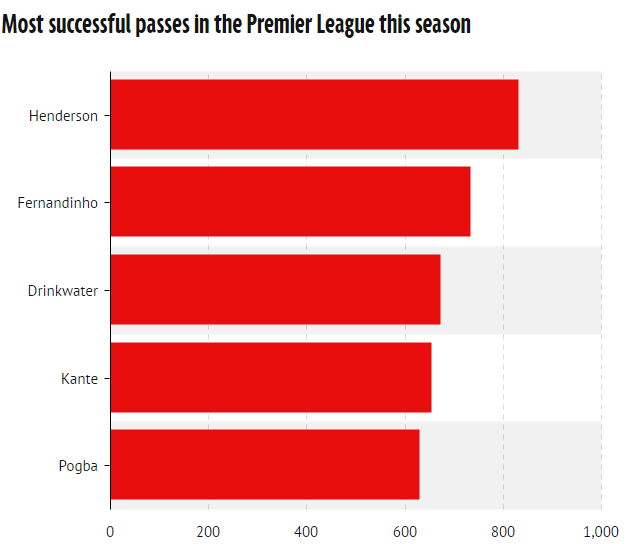