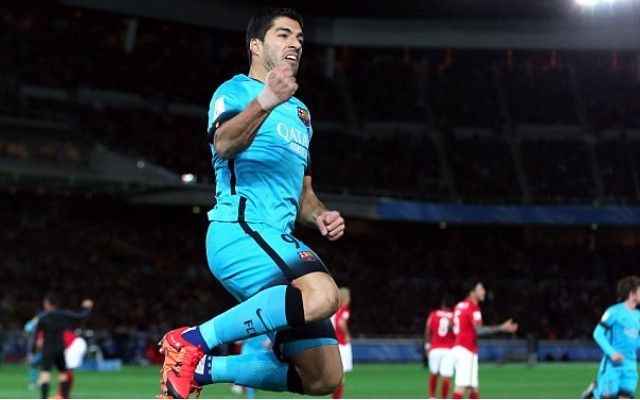 Barcelona have reportedly begun talks with forward Luis Suarez over a new contract amid speculation of a world-record offer from Manchester United.

As reported by The Independent, United were said to be willing to spend £135m on signing the Uruguayan international next year as Jose Mourinho looks to bolster his squad further.

However, it’s claimed in the report that Barca will move swiftly to avoid that from happening by offering the prolific striker a lucrative new contract extension to commit his future to the club.

Suarez’s current deal runs until 2019, and he is certainly deserving of a new deal given that he’s scored a staggering 94 goals in 111 appearances for the club since joining from Liverpool in 2014.

Combined with Neymar and Lionel Messi in the Catalan giants’ feared attacking trident, they will continue to lead them to further silverware and as a result it’s no surprise that the La Liga champions want to keep hold of him.

Barca president Jose Maria Bartomeu is keen to tie him down to a longer deal, as noted by The Independent, and given his ties with Liverpool, it’s unlikely that we’ll be seeing Suarez in a United shirt any time soon.

In turn, Mourinho will likely have to switch his focus elsewhere as he is expected to be active in the upcoming transfer windows with his side currently struggling and sitting in eighth place in the Premier League after 10 games.