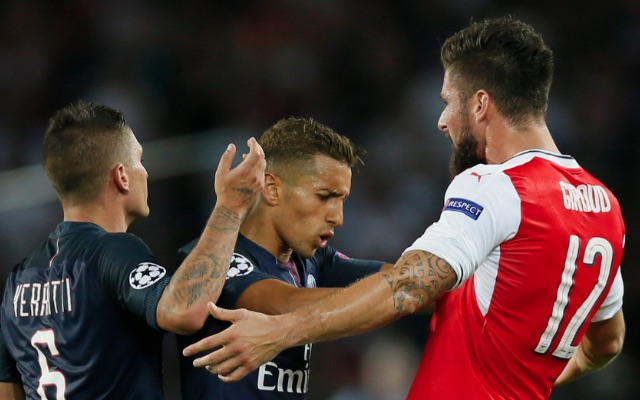 Arsenal have decided to share a clip of Olivier Giroud’s goal against Tottenham from back in 2013 ahead of this weekends clash with their rivals.

The Gunners uploaded the video to their official Instagram account and included the following caption, “Olivier Giroud wins the north London Derby in September 2013.”

Arsenal are unbeaten in their last 15 games going into the north London derby and will be in high spirits following their come-back win on Tuesday.

Meanwhile, Tottenham have gone off the boil in recent weeks and are without a win in their last six games. Spurs were also defeated by Bayer Leverkusen at home in the Champions League earlier this week.

Tottenham boss Mauricio Pochettino will however be able to call upon his top scorer Harry Kane who recovered from an ankle injury last week.