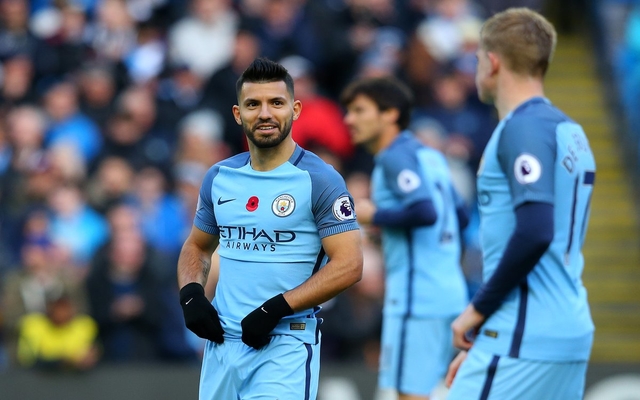 Manchester City striker Sergio Aguero took his goal tally to 150 for the club after breaking the deadlock against Middlesbrough on Saturday.

The Argentine international has wasted little time in getting to the mark, reaching it in just 223 appearances for City as he continues to fire goals in on a regular basis.

Pep Guardiola’s side were hoping to build on their impressive win over Barcelona in midweek, and while it appeared as though they would be left frustrated at the end of the opening half, Aguero found the breakthrough after a wonderful cross from Kevin De Bruyne.

It was the 28-year-old’s 14th goal of the season, and it feels like a long time ago that he was sitting on the bench for clashes with Barcelona and Manchester United last month.

City began the day joint top of the Premier League along with Arsenal and Liverpool, but with their rivals not in action until Sunday, they’ll hope to put the pressure on by moving clear.