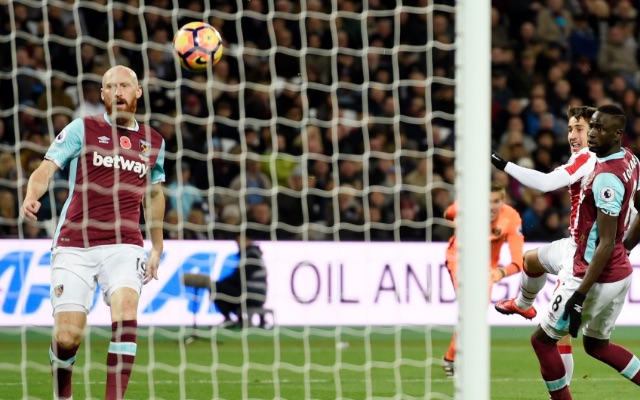 West Ham United’s woes continued at the London Stadium on Saturday as a horrible goalkeeping error from Adrian gifted Stoke City an equaliser in a 1-1 draw.

The Spanish stopper inexplicably came charging out for a long ball in the 75th minute. He arrived far too late and was subsequently nowhere to be seen as Bojan volleyed into an empty net.

West Ham took the lead on 65 minutes courtesy of a Michail Antonio effort which may eventually go down as a Glen Whelan own goal.

Stoke are now unbeaten in six Premier League games, while West Ham have only won three of their last eight home games in all competitions – and two of those victories were against Accrington Stanley and Sunderland.