Garth Crooks has delved into the BBC highlights archive once again and picked out his best Premier League XI from this weekend’s fixtures.

Unsurprisingly, it has a Chelsea flavour to it after Antonio Conte saw his side produce a 5-0 thumping of Everton at Stamford Bridge on Saturday evening.

David Luiz, Victor Moses and two-goal hero Eden Hazard all get the nod from Crooks who can’t be faulted in picking them in his line-up.

Further, it’s a similar story for Philippe Coutinho and Sadio Mane who were instrumental in Liverpool’s 6-1 win over Watford at Anfield on Sunday.

Again, there may be arguments for others to be included too, but Crooks has gone with just the two from Liverpool, with Zlatan Ibrahimovic’s return to goalscoring form after his brace against Swansea City earning him a place in the XI. Something that will undoubtedly delight him.

Elsewhere, there’s a rare sighting for £89m man Paul Pogba who became the world’s most expensive player this past summer, as noted by Sky Sports, with the Frenchman scoring a stunning goal and leading his side to a win over the Swans.

Jordan Pickford is the man between the posts after making several key saves for Sunderland in their shock win over Bournemouth, with George Friend, Michael Dawson and Eric Dier completing the backline.

Some will argue that Crooks has basically gone for goalscorers again this week and has missed out a number of other star performers.

It won’t be anything new for him as his feature always creates debate, but he’s done relatively well this time round to give a nod to all those that played crucial roles in big results over the weekend. 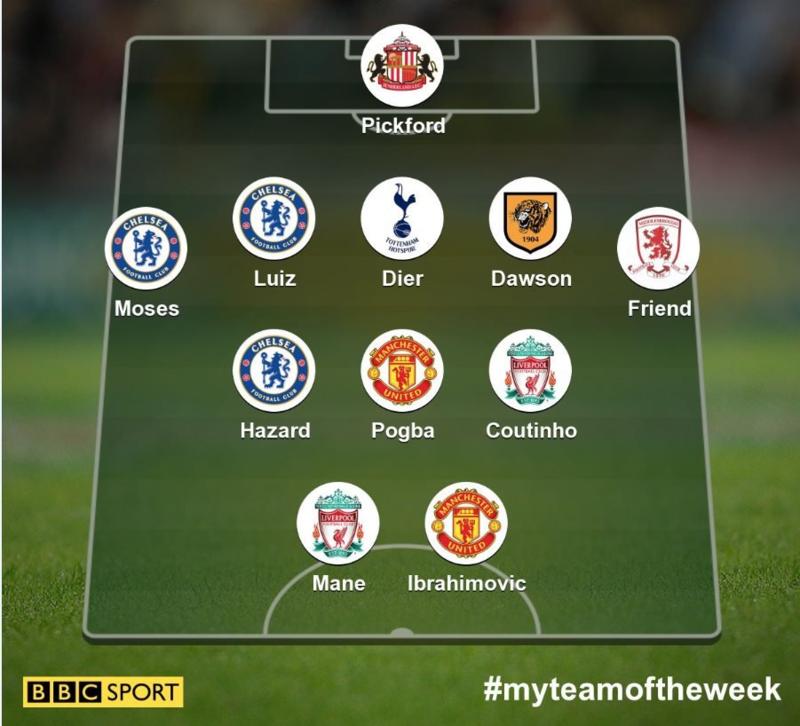