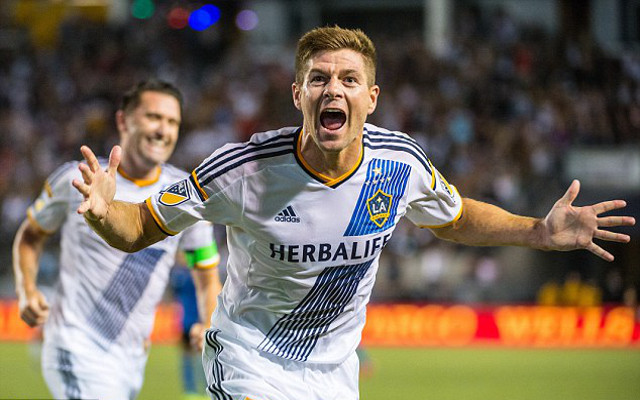 Liverpool legend Steven Gerrard is reportedly not ready to hang up his boots just yet and has been linked with a move to Celtic and a reunion with Brendan Rodgers.

With LA Galaxy failing to reach the MLS playoffs, the former England international’s time Stateside appears to be set to come to an end after an underwhelming spell following his departure from Liverpool last year.

As reported by ESPN FC, the 36-year-old remains eager to play on, and while he won’t accept a move to any other Premier League side other than boyhood club Liverpool, the Daily Record have added that Celtic will remain a possibility.

Given his leadership and experience, Gerrard may well find himself receiving offers from around Europe, but a chance to link up with Rodgers again in the UK has made the move to Celtic a favourite with the bookmakers who believe that he could opt for a move to Scotland.

The pair worked well together as they came agonisingly close to ending Liverpool’s barren title run, and so it certainly shouldn’t be ruled out at this stage if Gerrard does indeed have intentions of playing on.

The other option is of course for him to announce his retirement from playing and take up a coaching role at Anfield, which The Express reported on last month as they insisted that talks had already started between the two parties.

Time well tell what Gerrard decides to do, but one thing that does look relatively certain is that he won’t be extending his stint in MLS.