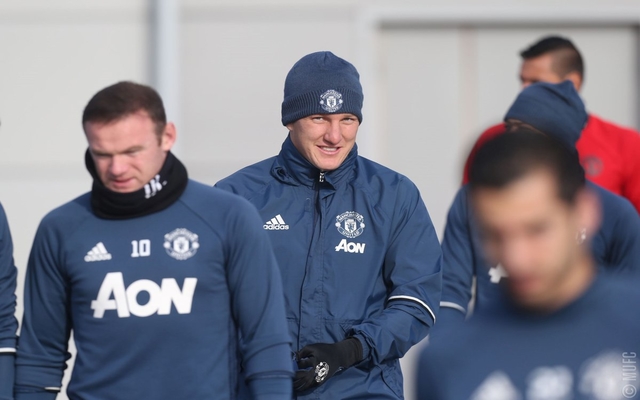 Bastian Schweinsteiger and Morgan Schneiderlin have more in common than the first three letters of their surname. They are two of the players who have been most alienated from Jose Mourinho’s setup in Manchester. Schweinsteiger has only been allowed to return to first team training this week, while Schneiderlin has barely appeared for the Red Devils this season.

The pair aren’t letting it get them down however, and posted this smiley photo of them on the team coach together. At least they have each other, eh?

Wishing you the very best on your 27th birthday, @schneiderlinmo4 ?

A photo posted by Bastian Schweinsteiger (@bastianschweinsteiger) on Nov 8, 2016 at 7:34am PST