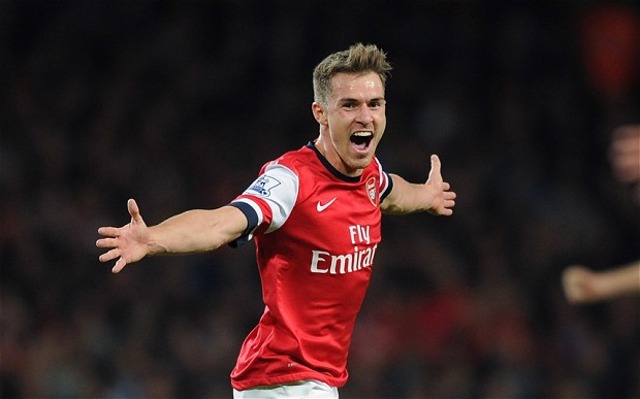 Arsenal gave their twitter followers to chance to vote on Aaron Ramsey’s best ever goal for the club.

Followers of the Gunners official page were given the option of four goals to pick from including his volley v Norwich, his FA Cup final goal against Hull City, his long-ranger against Liverpool and his spectacular effort against Galatasaray in the Champions League.

Ramsey’s goal against Galatasaray ended up receiving the most votes with a 43 percent share.

Arsenal shared a picture of Ramsey celebrating the goal – the reaction from Sczczesney was priceless.

Here's how he celebrated it – we love @13Szczesny13's reaction! pic.twitter.com/r4IFeOyi4u