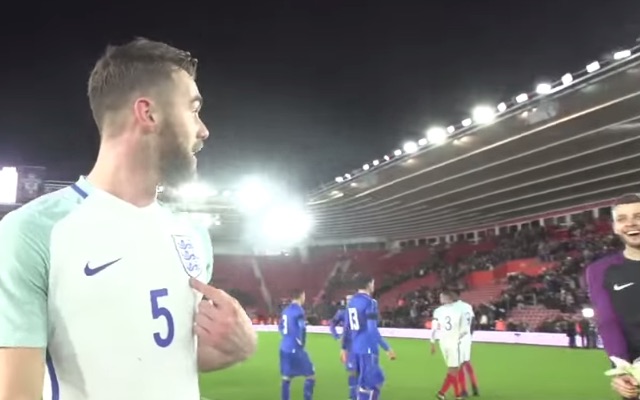 England beat Italy 3-2 in a dramatic U21 fixture at Southampton’s St Mary’s Stadium this week.

It was an eventful night down on the South Coast, where the FA’s cameras missed very little.

The footage also sees Arsenal defender Calum Chambers complaining that the Stephens winner was his goal, suggesting that the ball had crossed the line before the Saints youngster prodded home the rebound.

Chambers was wrong, but his moaning seemed to be banterous in nature.