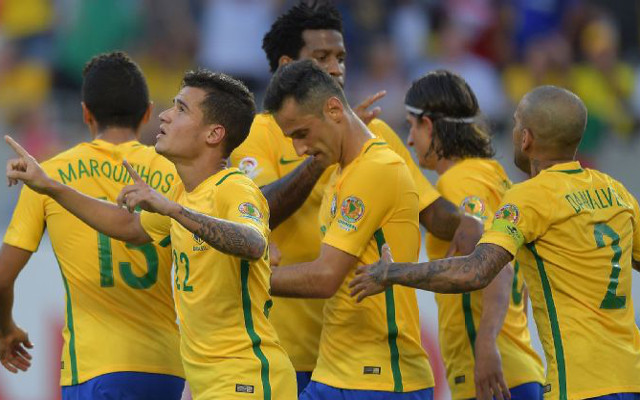 The 24-year-old has scored five goals and assisted five more in 11 Premier League this season.

Brazilian Coutinho is also making his mark at international level, adding to his summer hat-trick against Haiti by opening the scoring in this week’s 3-0 win over Argentina.

The Liverpool Echo suggest that the playmaker is now worth at least £50m, four years on from his £8.5m arrival from Inter Milan.

Speculation linking Coutinho with transfer to FC Barcelona continues to grow, as noted by The Times.

However, the same national newspaper report that Liverpool are in a powerful position to fend off interest from the La Liga giants.

That is because there is no release clause in Coutinho’s current contract, which expires in June 2020.

Coutinho is one of Liverpool’s main men, but one suspects he would struggle to have a similar status at the Camp Nou, where the likes of Lionel Messi, Luis Suarez and Neymar would presumably be ahead of him in the pecking order.