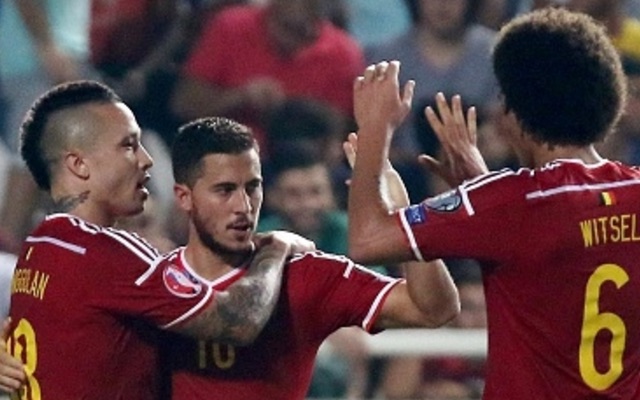 Chelsea forward Eden Hazard has given his club an injury scare after asking to be replaced in Belgium’s win over Estonia with an ankle complaint.

The 25-year-old has been in excellent form for Antonio Conte’s side so far this season, scoring seven goals in 11 Premier League appearances to help the club move back up to second place in the table.

However, after taking that form into the international break and scoring in his side’s 8-1 rout over Estonia, The Sun report that he felt pain in his ankle and asked to be replaced.

It doesn’t appear to be a serious setback, but it does put Hazard’s participation in Sunday’s game with Middlesbrough in doubt until Chelsea get him back to Stamford Bridge and run tests on him to discover the full extent of the problem.

Any type of setback would be a blow to both Hazard and Chelsea at this point though as the Belgian international has rediscovered some of his best form in recent weeks and will not want to see that momentum disrupted by a spell on the sidelines.

Conte has got his side firing on all cylinders having now rattled off five consecutive league wins without conceding a single goal, and Hazard has been a pivotal part of that run having brushed off the negatives and disappointment of last season.

Further, the Chelsea boss will hope that he isn’t forced to sit out this weekend with striker Diego Costa already a doubt after he withdrew from the Spain squad last week that faced Macedonia in a World Cup qualifier before they take on England at Wembley on Tuesday.