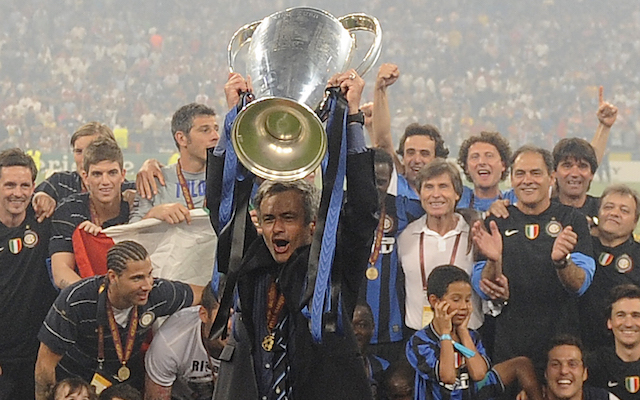 Inter are reportedly hoping to use their close relationship with Jose Mourinho to their advantage in order to prise four Manchester United players away from Old Trafford.

The Portuguese tactician made history with the Nerazzurri six years ago, leading the club to a treble as his side dominated during his spell at the San Siro.

With close ties with the previous ownership, it’s a club that Mourinho is still fond of but it remains to be seen whether or not sentiment comes into play in the transfer market.

According to Corriere dello Sport, Inter boss Stefano Pioli has informed the club’s owners that he wishes to make enquiries for Matteo Darmian, Daley Blind, Memphis Depay and Chris Smalling.

It’s an ambitious move for the Italian outfit, and a questionable one considering that quartet haven’t been able to take United where they want to be over the last couple of years, albeit over a shorter period of time in the case of Darmian and Depay.

Nevertheless, it appears as though they are ready to swoop if Mourinho is interested in letting them leave, and it could work out given that the 53-year-old needs to create space in his squad before splashing out in the transfer window himself.

Darmian has been considered a back-up option behind Antonio Valencia at right back and struggled for playing time prior to the Ecuadorian’s injury, while Depay has barely played so far this season.

Blind is considered a versatile and solid option but could be easily replaced while Smalling came under fire prior to the international break after Mourinho questioned his courage in playing through the pain barrier for the team.

As a result, there are question marks over all four players involved, but whether or not Mourinho is ready to sign off on the quartet all leaving in one swift move is unclear as of yet.

Inter opted to sack Frank De Boer last month after a difficult first few months in charge for the Dutchman, and it appears as though Pioli will be backed in the transfer market to turn their season around.