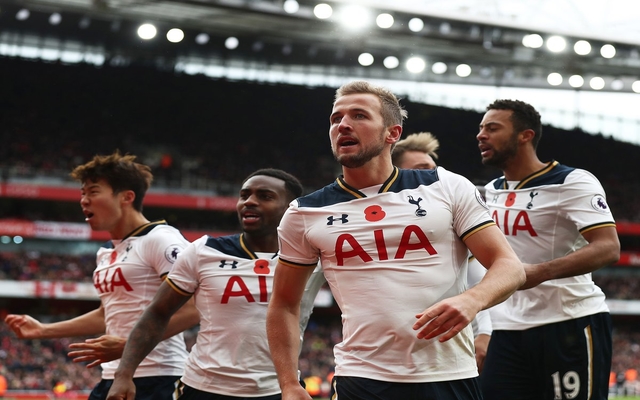 Tottenham striker Harry Kane has reportedly been left far from impressed with the club’s latest contract offer as concern grows over his future.

Kane is contracted to Spurs until 2020 and currently earns £60,000-a-week according to The Sun, who claim that the two parties are a long way from reaching a new agreement.

It’s reported that the club are refusing to offer him a new deal that would make him one of the highest earners at White Hart Lane, which in turn has alerted the likes of Chelsea, Manchester City and Manchester United to the situation.

The 23-year-old isn’t scheduled to re-start talks with the club about a new deal any time soon, but given that he’s said to be earning £35,000-a-week less than summer signing Moussa Sissoko, it’s no surprise that it has led to issues when discussion his renewal.

It’s a risky move from Spurs to take this stance, particularly given it’s with their most influential player with Kane winning the Premier League Golden Boot last season, while his recent absence through injury just showed how important he is to Mauricio Pochettino as his side endured a tough time in front of goal.

The Argentine tactician will still expect to see his prized asset sign a new deal to keep him in north London, but the fact that they’ve shelved talks with no date set to resume negotiations suggests that there should be some concern over the situation.

Tottenham have agreed new deals with a whole host of first-team stars over the last few months, but they’ll be keen to reach an agreement with arguably the most important piece of them all before their rivals begin to swoop.