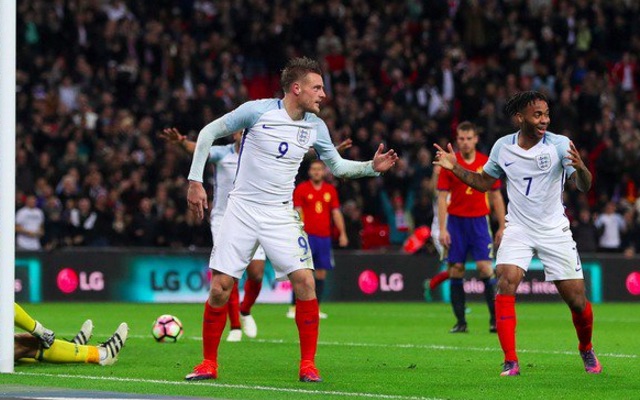 Is there a man more in touch with contemporary culture than Jamie Vardy?

That was, of course, a rhetorical question because there most certainly is not.

Vardy kept it 2016 by leading a Mannequin Challenge after scoring England’s second goal in Tuesday’s 2-2 draw with Spain at Wembley.

Vardy was set up by Liverpool captain Jordan Henderson for his goal.

However, it was Man City winger Raheem Sterling, Arsenal forward Theo Walcott and Man United Jesse Lingard who assisted him in his celebratory Mannequin Challenge.

Shame those party-pooping Spaniards ruined the gag by refusing to stand still too.

And Spain completely ruined England’s fun with some late drama as a stunning goal from Iago Aspas in the 89th minute sparked a late onslaught, before Isco netted an equaliser in deepest, darkest stoppage time.

Adam Lallana had earlier given England a ninth-minute lead from the penalty spot.

The Liverpool midfielder limped off before half time, though.