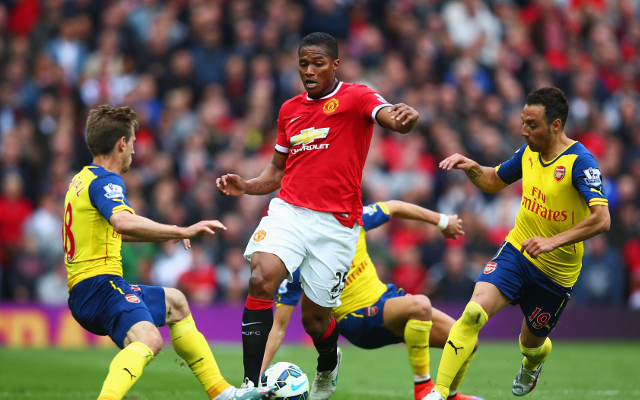 Manchester United boss Jose Mourinho could reportedly be set to welcome back Antonio Valencia for this weekend’s showdown with Arsenal.

It was first reported by The Daily Mail that he could be in contention to face the Gunners, but ESPN FC Injury Data Analyst Ben Dinnery has doubled down on that assertion by suggesting that the Ecuadorian international is ready to feature, as seen in the tweet below.

Antonio Valencia is set to hand Jose Mourinho a major boost by returning ahead of schedule for the clash with Arsenal. #MUFC

Valencia has been seen wearing a cast on his right arm, but it appears as though he’s made a swift recovery and will hand Mourinho a major boost.

The former Wigan Athletic star was an ever-present for the Portuguese tactician prior to his setback, with Matteo Darmian filling in for him but the versatile Italian is still not his boss’s preferred option.

In turn, the timely return of Valencia will be welcome news for United as they look to inflict a first defeat in 17 games on their upcoming opponents.

With a six-point gap emerging between themselves and the top four, the hosts know that they ill-afford a slip up on Saturday and will be desperate to claim all three points.