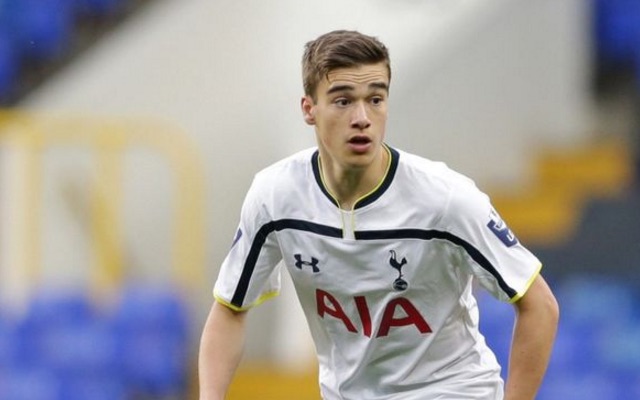 Tottenham Hotspur manager Mauricio Pochettino has raised a few eyebrows with his team selection ahead of tonight’s London derby against West Ham United.

Local lad Harry Winks makes his first Premier League start, while two strikers are in as Vincent Janssen is named alongside Harry Kane.

The Tottenham formation is a bit of a mystery at this stage.

Pochettino looks set to return to four at the back after using a three-man defence at Arsenal last time out, but the rest of the shape is much harder to guess.

Moussa Dembele, Victor Wanyama and Harry Winks could play as a three-man midfield unit, behind Christian Eriksen in a 4-3-1-2 system.

However, considering how far forward Tottenham’s full-backs push forward, it would make sense for Wanyama to sit deeper and give more protection in a 4-1-2-1, or even 4-1-3-2.

Spurs might not even play with two up front. Kane is Tottenham’s most dangerous player, but he could arguably get involved in the game more if he played as a no.10. Therefore, 4-2-3-1 could still be on the cards, although that would involve Winks playing in a wider attacking midfield than he is used to.