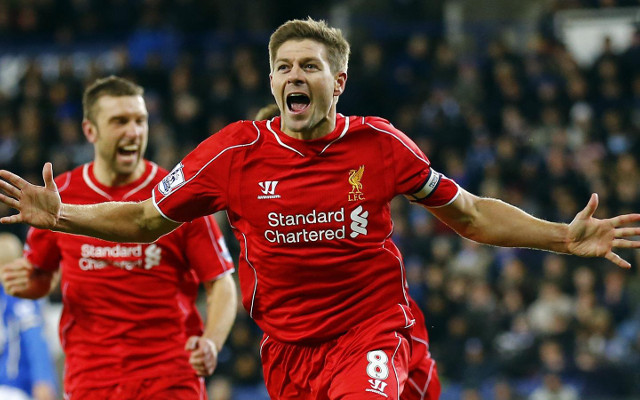 Former Liverpool midfielder Steven Gerrard is reportedly a target for Inter, which in turn would suggest that a return to Anfield is falling down the pecking order.

The 36-year-old confirmed this week that he would be leaving LA Galaxy once his contract expires in January, and it appears as though a chance to extend his playing career could be too appealing to turn down.

According to The Independent, talk of a move to Italy first began in October prior to the sacking of Frank de Boer, with the opportunity of playing for six months until the end of the season put on the table by the Nerazzurri.

It’s added that despite the Dutchman’s dismissal, the desire to sign Gerrard came from higher up the club hierarchy, and so they are still keen on taking him to the San Siro.

As noted in the report, it isn’t the former England international’s only option either, as he has been paired with the vacant managerial job at MK Dons which would be another shock if he were to accept any offer.

Nevertheless, with Inter struggling in Serie A as they currently sit in ninth place and are 13 points adrift of league leaders Juventus, they are evidently keen on adding experience and leadership to the squad with Gerrard ticking plenty of the boxes.

Whether or not a move to Italy appeals enough to him to put a return to England on hold remains to be seen, but it will be a disappointment for Liverpool fans who will undoubtedly be hopeful to see him return to Anfield in some capacity sooner rather than later.