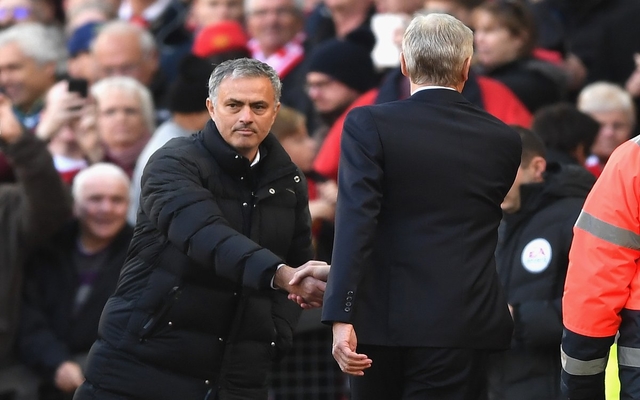 Jose Mourinho and Arsene Wenger have had their troubles over the years, but the Manchester United and Arsenal bosses shook hands prior to kick off on Saturday.

Whether it’s through the media or physical clashes on the touchline, it’s fair to say that the pair aren’t the best of friends off the pitch.

However, they put that to the side at Old Trafford ahead of the highly-anticipated clash between their teams this weekend as they shook hands before taking their seats in the dug out.

Wenger hasn’t won away at United since September 2006, losing seven of the last nine visits which combined with his terrible record against Mourinho in general wouldn’t have left many Arsenal supporters encouraged heading into the game.

Nevertheless, it was good to see the managers show respect to one another and shake hands, albeit after Mourinho had already had a dig at his rival in midweek by reminding everyone that he hasn’t had to wait as long as Wenger for a title.

Jose Mourinho has never lost to Arsenal in the #PL.