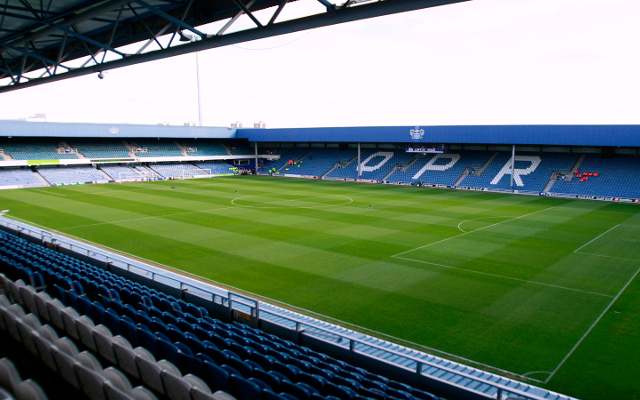 We’ve a bumper coupon to watch this afternoon as QPR take on Norwich, Derby entertain Rotherham, Ipswich face Nottingham Forest and Huddersfield travel to Cardiff City amongst others.

Don’t forget Bet365 have announced they have live feeds of a number of fixtures from England’s second tier, available to watch online this afternoon.

Football returns to the Championship this weekend following the International break and there are some mouth watering ties to wet the appetite of punters and fans alike.

There are no less than nine afternoon fixtures in the Championship, and with Ipswich taking on Nottingham Forest in the evening kickoff there’s an action packed coupon to get involved with.

Fifth place Norwich are the opponents for Ian Holloway’s first game on his return to QPR.

The Hoops sacked Jimmy Floyd Hasselbaink following a run of 5 wins in their opening 16 games of the season and they have turned to their somewhat eccentric former manager to revive them.

No doubt the West Countryman will receive a heros welcome at Loftus Road following stint in the media with Sky Sports and this one looks like the game of the day in the 3pm kickoffs.

Norwich meanwhile have lost their last three games and will hope they can take advantage of the change in stewardship to get back to winning ways. The Canaries have had a disappointing streak of results, including a 5-0 thumping at Brighton and will be looking to get their promotion push back on track.

Third place Huddersfield travel to improving Cardiff. The bluebirds have win two and drawn one of their last five games to move out of the bottom although they have lost their last two games.

Fourth place Reading have won their last three games and they will hope to continue that run against 18th place Burton Albion, who are suddenly looking over their shoulder at a potential relegation fight.

Leeds United are currently sixth in the standings and have responded well under new manager Garry Monk, who looks to be shaping a decent side but they could be usurped on Saturday by one of Birmingham, Fulham, Bristol City, Sheffield Wednesday or Preston.

The Lilywhites face Newcastle in the main Championship fixture on Sunday.

Four of those sides meet as Fulham welcome Wednesday to Craven Cottage with Birmingham taking on Bristol City at St. Andrews; that puts Preston, at home to inconsistent Wolves in pole position to stake a claim for a top 6 position.

Simon Grayson’s side have won three and drawn one of their last 5 to climb the table.

Leaders Newcastle will hope the break hasn’t affected their run of results as the Toon look to consolidate at the top of the League. The Magpies have won 13 of their last 15 games and have won each of their last 8 games in all competitions as they now look genuine automatic promotion contenders.

The bad news for Rafa Benitez is that his side will have to wait until Sunday when they take on Leeds. Before that, second place Brighton face in-form Aston Villa.

The pair are currently five and eight points ahead of their rivals and they could benefit from some tricky fixtures on Saturday.