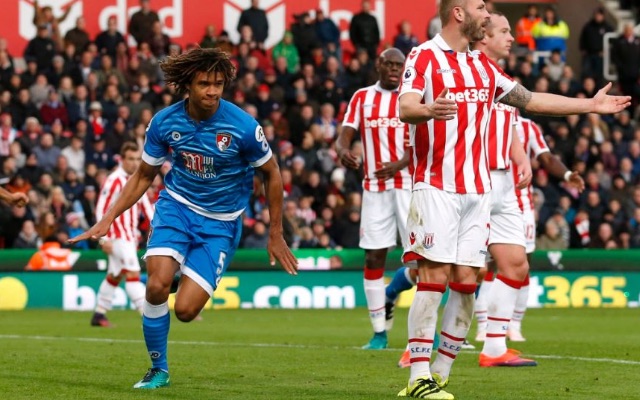 Stoke City are widely regarded as the no.1 set-piece specialists in the Premier League.

*However, the Potters have not been the best team at corners for a long time. In fact, compared to how they used to be under Tony Pulis, Mark Hughes’s Stoke are pretty flaky.

They conceded from a corner today as Chelsea loanee Nathan Ake headed home to give Bournemouth a 1-0 lead at the Bet365 Stadium.

Ake was making his first Prem start for Bournemouth, having joined the Cherries in July.

The 21-year-old Dutch defender spent last season on loan at Watford, scoring one goal, which came in a 3-0 win over Liverpool.