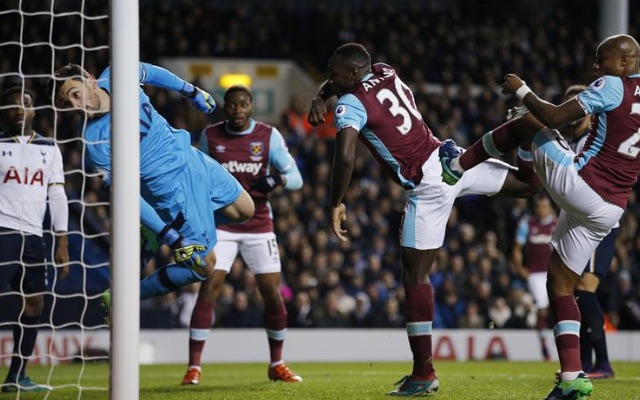 Michail Antonio is no normal winger.

The West Ham wideman has now scored 11 Premier League goals with his head in 2016, which is more than any other club except Liverpool (and West Ham, obviously).

Header no.11 gave the Hammers a 1-0 half-time lead against fierce rivals Tottenham at White Hart Lane.

Antonio reacted first to a cross from Winston Reid, after Spurs failed to clear when Cheikhou Kouyate’s initial effort rebounded off the crossbar.

Spurs have since equalised courtesy of a goal by Harry Winks on his first Premier League start.

Ayew must be slightly gutted, if Antonio leaves this he has his first goal for West Ham?? pic.twitter.com/UqZTIhj8A1 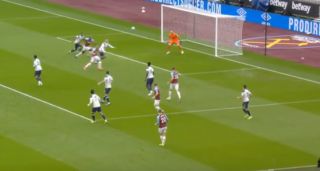