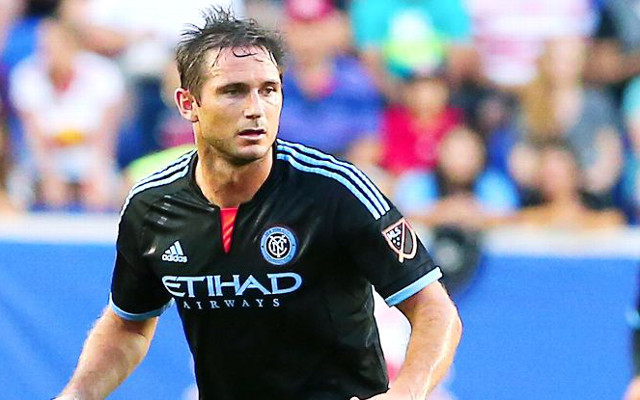 Chelsea boss Antonio Conte respects Frank Lampard and what he means to the club, but will only offer him a coaching role with one stipulation.

The Italian coach has revealed that the former England international won’t be offered a position to join his coaching staff while he remains an active player.

Lampard has been linked with a return to Stamford Bridge after announcing that he would be leaving MLS side New York City FC last week.

However, that isn’t his only option and Conte is seemingly looking for assurances above all else that the Chelsea legend will be fully committed and focused if he was to join his coaching team.

“Frank Lampard has been a great player,” Conte told reporters, as noted by Goal. “[He was] a fantastic player for Chelsea. He won a lot with this team. But now, for me, he’s still playing and for this reason I don’t know his future.

“I repeat: he has been a fantastic player, a legend for this club. I have great respect for him. For me it’s very difficult to reply to the question when the question starts ‘if’. It’s important to know that.”

Meanwhile, according to The Express, Lampard will have other options and so it could prove to be a difficult decision for him to make if he wishes to extend his playing career further.

Despite the fact that he will turn 39 next summer, both Newcastle United and Brighton and Hove Albion are considering offering him a one-year playing deal if they win promotion to the Premier League.

Given his connections in London, a move closer to home would arguably make more sense for him, but a reunion with former Chelsea boss Rafa Benitez and a chance to play for Newcastle could be an opportunity that he decides he can’t turn down.

Nevertheless, it sounds as though an offer will be made to return to Chelsea as soon as he confirms he’s hanging up his boots, and so Blues supporters will anxiously wait to hear what Lampard decides to do next.