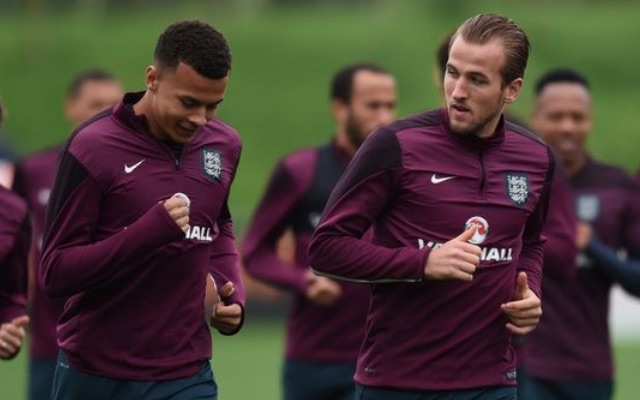 Tottenham star striker Harry Kane wants to remain at the north London based club despite interest from Manchester United, according to the Mirror.

Per-the-source, Kane currently earns just £60,000 per week and has been in talks iwht Spurs over a new contract. However, the England international is yet to strike a deal with Tottenham and report states that the latest set of talks have stalled.

Fortunately for Tottenham, Kane is eager to stay in London and has urged Spurs to solve the issues.

“Hopefully we will have no issues with the contract,” Kane was quoted as saying by the Mirror.

“I am happy at the club and want to be here for a long, long time. We are in talks and I’m sure we will get something sorted.

“We’ve got a great young team, new training ground, new stadium being built, great young manager. The future is very bright. It’s important that we keep hold of all our players and keep building on this great team that we have.

“For us, now it’s to start winning trophies and competitions – that’s the next step.”

The Mirror goes onto state that Manchester United are interested in signing the England international.

Kane was the Premier League golden boot winner last season after scoring 25 goals. The England international has provided one assist and scored five goal in eight apperances for Tottenham so far this season.

Tottenham currently find themselves in fifth place, one point behind bitter rivals Arsenal.,