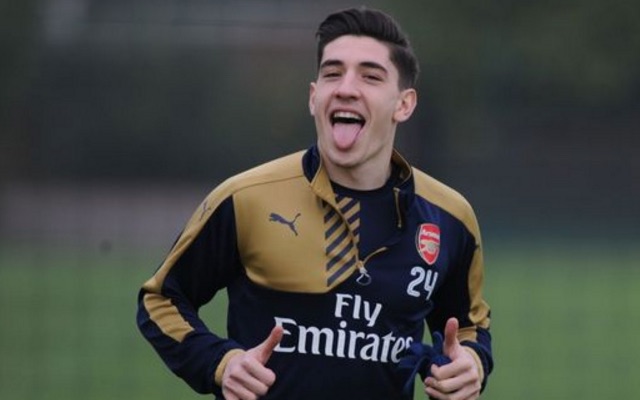 Arsenal star right-back Arsenal star Hector Bellerin snubbed both Barcelona and Manchester City to sign a contract extension with the Gunners, according to the Evening Standard.

The report states that the both the Catalan giants and City were monitoring the Spain international’s situation following his breakthrough to the starting line-up last season.

Per-the-source, upon interest from the likes of Barcelona, Gunners boss Arsene Wenger decided to accelerate contract talks with Bellerin, despite him having three years remaining on his previous deal.

The Standard goes onto say that Bellerin has put pen-to-paper on a bumper six-and-a-half-year contract, becoming one of Arsenal’s higher earners in the process.

Bellerin missed Arsenal’s trip to Old Trafford on Saturday and is currently sidelined for a month with an ankle injury.

Arsenal return to action this week when they face the Ligue 1 champions PSG in the UEFA Champions League in a shoot-out for top spot in their group.