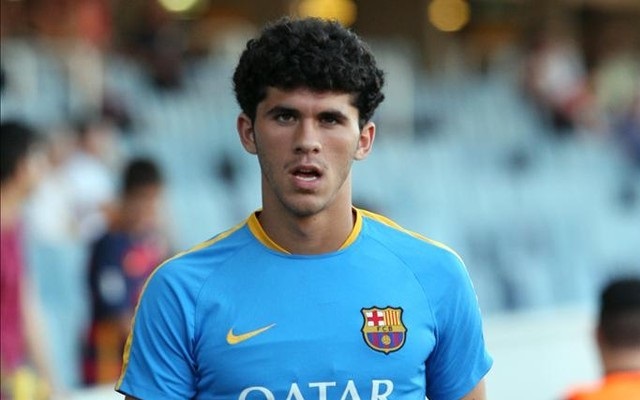 Manchester United are interested in signing Barcelona midfielder Carles Alena, according to reports in the Metro.

The newspaper say that United are interested in the 18 year old, whose prodigious talent has lead to him being compared with Andres Iniesta.

United think they have a shot at prising the talent away from Barcelona because of his contract situation. The Spaniard’s deal expires next summer; and while Barcelona are working on a new contract for him that will raise his release clause to around £43 million, until he signs it the Red Devils will feel they have a chance.

After dominating for Barcelona’s UEFA Youth League last year, Alena is now one of the stars of Barcelona B in the Spanish third tier. Being able to play regularly with senior players on relatively poor pitches is a greet sign for any youngster wanting to prove that they are ready to compete at the top level already, and his success in competitive all ages football will be even more interesting to Jose Mourinho’s team than success in a youth exclusive competition like the Youth Cup, where Barcelona are expected to dominate.