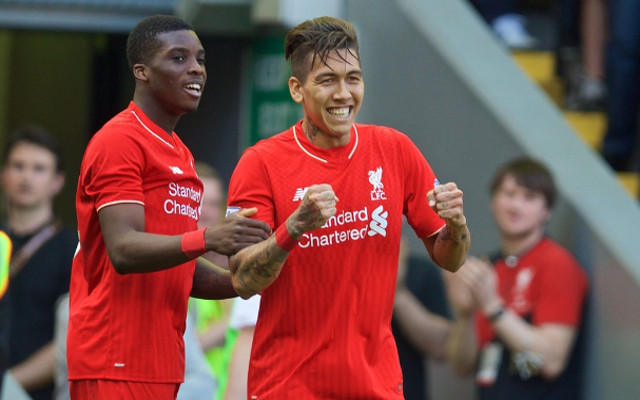 Liverpool have taken to social media to heap praise on their star midfielder Roberto Firmino.

The 25-year-old has been in superb form for Jurgen Klopp’s side this season and has helped fire the Reds up into second place in the Premiere League.

The Brazil international was however unable to find the back of the net during Liverpool’s 0-0 draw with Southampton over the weekend.

Liverpool shared a photo of Firmino celebrating and included the following caption, “What a year it’s been for Roberto Firmino since his first #LFC strike #onthisday in 2015.”

What a year it's been for @roberto_firmino since his first #LFC strike #onthisday in 2015! ? – – #ClassicLFC #Goals #Liverpool #Firmino