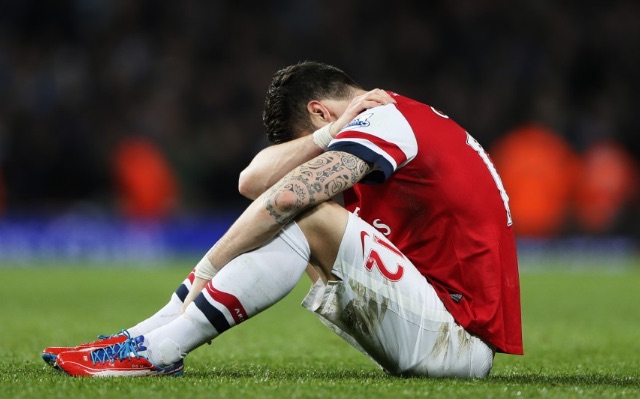 Arsenal were held to a 2-2 draw by the Ligue 1 champions Paris Saint-Germain in the UEFA Champions League this evening.

The Gunners were fortunate to come away with a point after the Uruguay international Edison Cavani missed a handful of chances to put his side ahead.

Cavani put his side ahead in the 18th minute while Olivier Giroud levelled the score from the penalty spot shortly before the break.

The Gunners got their noses in front after Verrati put the ball into his own net however, it was PSG who had the last laugh when Lucas Moura headed home the decisive goal late in the second half.

The draw means Arsenal can only finish top of the table if PSG drop points at home to the Bulgarian side Ludogorets. Arsene Wenger’s side will also need to register a win against Basel.

Arsenal take on Bournemouth in the Premier League this weekend as they look to return to winning ways.