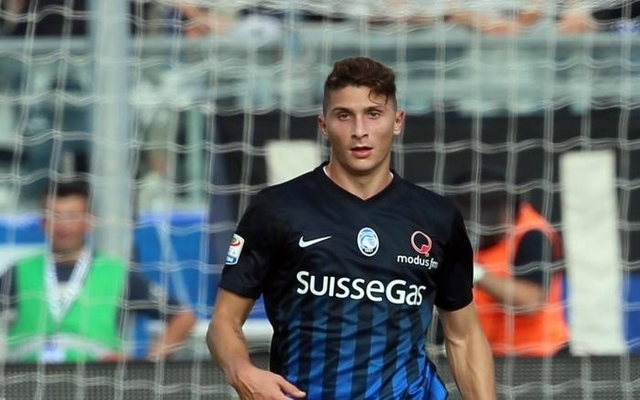 Atalanta defender Mattia Caldara has reportedly attracted interest from a number of top Premier League clubs including Arsenal and Chelsea.

The 22-year-old has been in impressive form for La Dea so far this season, as he has added solidity to their backline while also contributing three goals in seven Serie A appearances.

According to La Gazzetta dello Sport, his positive displays haven’t gone unnoticed, with Arsenal, Chelsea and Manchester United joining the likes of Juventus and Napoli in monitoring his progress with a view of making a move in the future.

All three English clubs in question have their reasons for wanting to bolster their respective backlines, and so it comes as no surprise that the talented Italian youngster is on their shortlists of targets.

United boss Jose Mourinho is said to be keen to bolster his defensive options, while Antonio Conte will be looking for long-term solutions at the back with John Terry not getting any younger and Branislav Ivanovic’s contract set to expire next summer.

Meanwhile, despite the fact that summer signing Shkodran Mustafi has formed a solid partnership with Laurent Kosciely at the Emirates, doubts over Per Mertesacker’s long-term future at Arsenal with his deal set to expire next summer too could lead to Arsene Wenger making his move.

Nevertheless, much will depend on the desire of Caldara, as with top Italian clubs also keeping a close eye on him, he may favour staying in Serie A and continuing his development in his homeland rather than take a big step and swap Italy for England at this early stage.

How AC Milan could line up vs Atalanta: Duo ruled out, nine changes from Europa League win September 23, 2018 12:00
AC Milan