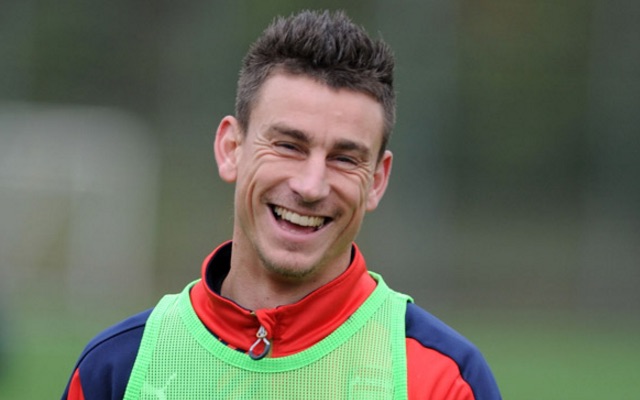 Arsenal defender Laurent Koscielny has revealed that he would be more than happy to play out the rest of his career with the club.

While the French international also left the door open to a return to former side Lorient, he emphasised the fact that he was happy in north London and was full of praise for Arsene Wenger.

Koscielny has made over 250 appearances in all competitions for Arsenal since joining the club in 2010, and is currently a pivotal part of Wenger’s side as they aim to end their wait for another Premier League title.

Having struck up a solid partnership with summer signing Shkodran Mustafi, his desire to stay for many more years will be music to the ears of his manager, although out of sentiment Lorient could still be an option further down the line.

“It was Arsene Wenger who had the courage to buy me from Lorient when I was nobody,” he told Sky Sports.

“I’d had one year at an average club in Ligue 1 and he took a big punt in bringing me to one of the 10 biggest clubs in Europe.

“I am in the French national team thanks to the boss and I will be grateful to him my entire career. I will finish my career in England or at my old club Lorient but I love living in London.”

The 31-year-old is undoubtedly one of the top defenders in the Premier League currently, and so provided his level of performance doesn’t drop, there doesn’t seem to be much reason as to why he won’t be at the Emirates for a while yet.