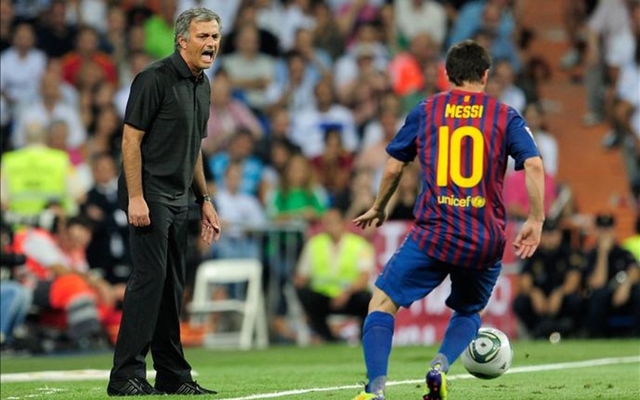 The Argentine international has been linked with an exit from the Catalan giants after reports this month that he had rejected a contract renewal this past summer.

However, Mourinho isn’t even interested in entertaining the idea of the Barca legend leaving the Nou Camp before the end of his career, as ultimately he says he’s heard it all before and eventually it ends with Messi staying where he is.

In turn, there is no interest from United to try and prise him away from Barca, leaving the path clear for their rivals to try and make their move if they see things differently.

“Lionel Messi is every season the same story; every season he is going to leave and he never leaves,” he told the media on Wednesday, as noted by The Sun.

“And honestly, I hope he never leaves because he belongs to Barca and Barca belongs to him.

“The beautiful thing would be for him to start and finish his career at Barcelona. For Manchester United, it’s a no for sure.”

The 29-year-old joined the La Liga outfit in 2001 as he worked his way through the youth system before breaking into the senior squad in 2004.

Season after season he has since proven his world-class level of play and established himself as one of the best ever to play the game, all while scoring over 450 goals for the club in all competitions.

With countless titles and individual accolades to his name and with so much room for more success in the years ahead, it would seem strange for Messi to leave now.

As a result, many will agree with Mourinho’s assessment of the matter and will likely not waste their time with Messi forever linked with Barcelona and vice versa.