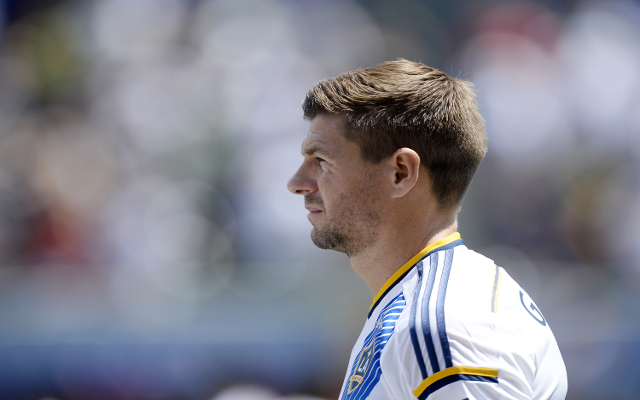 Former Liverpool captain Steven Gerrard will not be moving to Australia to join Melbourne Victory, according to club manager Kevin Muscat.

Following his exit from LA Galaxy, Gerrard will be considering his options on his next move and has received various offers.

As noted by BBC Sport, the 36-year-old is no longer in the running for the MK Dons job, and according to Muscat, he will not be moving to Australia to continue his playing career in Melbourne.

“At this stage, no,” he told Australian radio station SEN, as reported by Sky Sports.

“We’ve been contacted in relation to a few players, but any discussions with those players will remain confidential obviously. But at this stage there’s no chance, no.”

It remains to be seen what Gerrard does next, as the first decision he must make is whether or not he extends his playing career or moves into coaching, with a position said to be open for him at Anfield, according to The Mirror.

From a sentimental perspective, a return to his boyhood club would be the ideal scenario. However, with speculation linking him with various clubs and positions, it’s unclear at this stage as to what he wishes to do next.

Sky Sports note that a reunion with Brendan Rodgers at Celtics remains a possibility, while a role within the England set-up has also been touted.

Nevertheless, it’s hard not to see Gerrard prioritise Liverpool provided that the club can offer him the type of role that he is seeking as a chance to work under Jurgen Klopp will undoubtedly help him gain experience and put him on the right path to where he wishes to go as a coach.