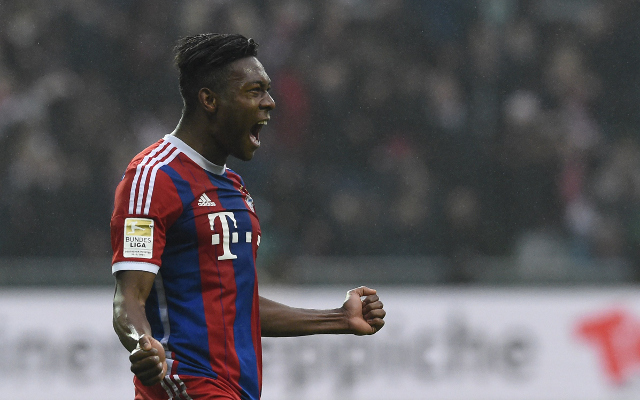 The Red Devils haven’t enjoyed the best of starts to the campaign as they sit in sixth place in the Premier League table after 12 games.

Part of the issue has been their defence, as they have the joint-worst defensive record out of the top seven clubs having conceded 14 goals in those 12 outings.

According to The Mirror, Mourinho will look to shore things up at the back with a move for £40m-rated Bayern Munich star David Alaba.

It’s claimed that United sent scouts to watch the Austria international twice during the international break this month as the versatile 24-year-old would certainly be a useful addition.

It’s added that both Arsenal and Manchester City have been paired with an interest too, but it remains to be seen whether or not the trio of Premier League giants are able to persuade Bayern to sell one of their key players.

Meanwhile, Mourinho won’t settle for just one defensive signing, as The Mirror report that he wants the same backing from the hierarchy that he received in the summer as he also eyes a swoop for £30m-rated Southampton defender Virgil Van Dijk.

Further, it’s claimed that Bayer Leverkusen’s £20m-rated centre-half Aleksandar Dragovic is also on the transfer radar for United, and so evidently there are several targets that Mourinho has in mind to help strengthen his squad.

Given that he’s been publicly critical of certain players this month including the likes of Chris Smalling and Luke Shaw, combined with the fact that he’ll lose Eric Bailly in January to the African Cup of Nations, a move for a defender in January makes perfect sense.

However, whether or not he gets the same financial backing from United as he did in the summer remains to be seen as the club will want to see results to support the argument for more transfer funds.